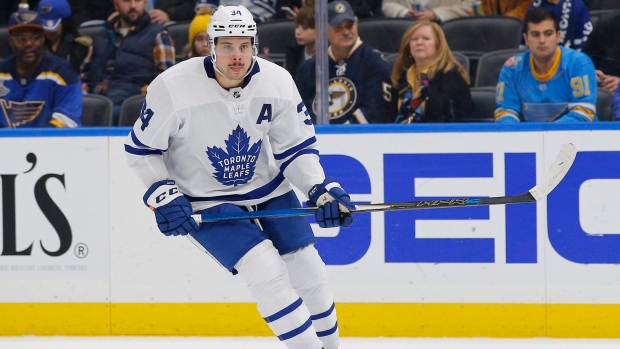 The Maple Leafs announced on Wednesday that Matthews is still nursing a wrist injury and thus he will not be “actively participating in any on-ice events” during the festivities at Entreprise Center. However, the team added that Matthews will still travel to St. Louis and attend the league's mid-season showcase.

The 22-year-old remains day-to-day as he receives acute treatment for an ongoing wrist condition.

His absence will allow Brady Tkachuk to join his brother Matthew, a member of the Calgary Flames, as first time all-stars.

Both Brady and Matthew grew up in St. Louis, Mo. The Tkachuk family settled there while their father, Keith, played for the Blues for nine seasons from 2001-2010.

In just his second season in the league, Tkachuk has recorded 15 goals and 27 points in 48 games this season.

Matthews, who has played in all 49 games for Toronto, has scored a team-leading 34 goals and 57 points.

Forward Mitch Marner and goaltender Frederik Andersen will be the lone representatives on the ice for the Maple Leafs during the league's All-Star Weekend.