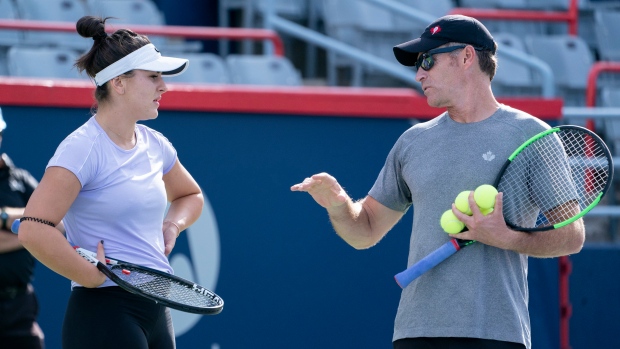 Bianca Andreescu listens to her coach Sylvain Bruneau during a practice session in Montreal on Monday, September 16, 2019. THE CANADIAN PRESS/Paul Chiasson

Andreescu says she and coach Sylvain Bruneau have mutually decided to end their "incredible coaching relationship."

Bruneau helped Andreescu break through to three tournament wins in 2019, including the U.S. Open.

The seventh-ranked Andreescu wrote on Twitter that her friendship with Bruneau will "live forever."

"It has been an amazing (four) years ... I am very grateful for everything we accomplished together and all of our great memories," she said. "Sylvain was more than a coach ... he is family."