Bills' Morse OK'd to practice while in concussion protocol 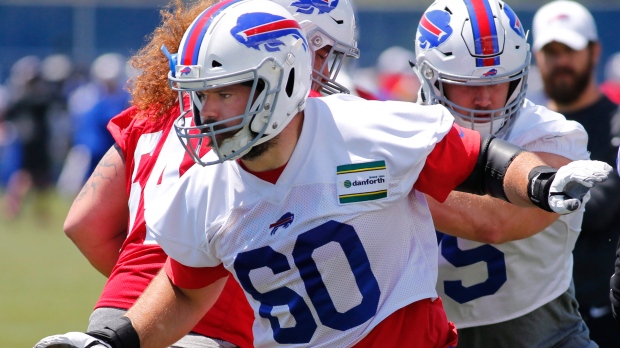 ORCHARD PARK, N.Y. -- Buffalo Bills starting centre Mitch Morse has been allowed to practice, becoming one step closer to being cleared from the NFL's concussion protocol.

Morse no longer wore a red non-contact jersey when taking part in practice Tuesday, a little over three weeks after he was diagnosed with a concussion. It's unclear how and when he was injured.

Morse was considered among the Bills' key off-season free-agent additions in their bid to overhaul what had been a patchwork offensive line. He signed a four-year, $44.5 million contract after spending his first four seasons in Kansas City.

Morse had a history of concussions with the Chiefs. He also missed a significant amount of practice this spring while recovering from surgery on a core muscle injury.