Blue Jays GM Atkins says he has "been close" on a deal, sees opportunity in market 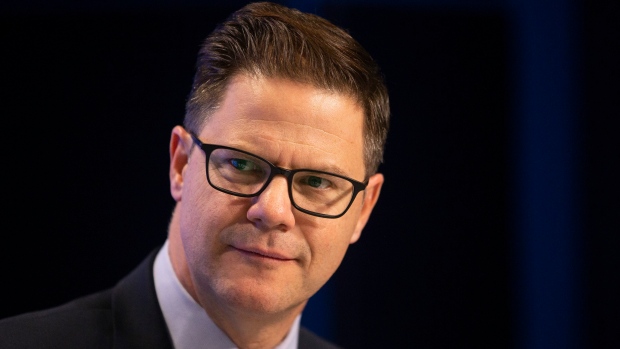 Blue Jays general manager Ross Atkins had just started a media conference call on Thursday when a call came in on his mobile phone.

Some 15 minutes later, it was his iPad that started ringing. In between those unanswered calls, Atkins told reporters that he had recently “been close on another deal.”

After a turnaround season that has the franchise and fanbase brimming with optimism, this could be a busy and very interesting off-season for Atkins.

“I think there is opportunity in this market for sure,” he said. “We see opportunity for us to get better and it's very important that we have a very disciplined approach towards it.”

For the first time in years, the Blue Jays have been mentioned as potential landing spots for big-name players either via trade or free agency.

The signing of Hyun-Jin Ryu was the big splash last winter. The four-year contract worth US$80 million showed the Blue Jays meant business after a three-year rebuild.

The left-hander was the ace of the rotation and finished third in American League Cy Young Award voting.

So what will Atkins do for an encore? He didn't tip his hand on the 35-minute conference call as the four-day GM virtual meetings came to a close.

But for a team that seemingly has money to spend, a youthful nucleus with real potential and prospect capital to make big moves if desired, the calls to Atkins should keep rolling in.

“One of the most encouraging feelings and things that we're hearing from other teams is that we have the farm system to make those trades if it presents itself,” he said

Atkins wouldn't say if the deal he was 'close' on was of the trade or free agent variety.

He struck quickly to sign left-hander Robbie Ray last week to a one-year deal worth $8 million, making him the first free agent to sign this off-season.

Atkins said this week that he felt good about the team's chances of acquiring another free agent in the starting pitcher market. He added that he's working on the trade market “simultaneously” as the Blue Jays look to improve team defence and on the mound.

Team payroll plans are expected to be finalized after president Mark Shapiro makes a presentation to the Blue Jays' ownership group this month.

In addition to trying to improve the roster, team brass must also consider alternate plans in the event Rogers Centre is not an option for home games in 2021 due to the COVID-19 pandemic.

The team played most home games last season at Buffalo's Sahlen Field due to border restrictions that prevented games from being played in Canada.

Pitchers and catchers are scheduled to report to spring training in about three months. The pre-season schedule is set to begin Feb. 27 against Philadelphia.

The Blue Jays will open the regular season April 1 against the New York Yankees. The 2021 home opener is set for April 8 against the Los Angeles Angels.