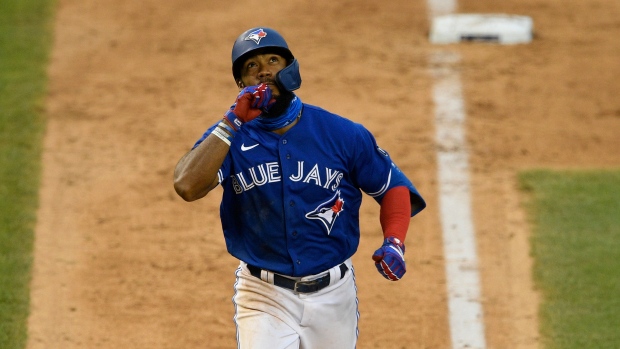 Toronto Blue Jays' Teoscar Hernandez reacts as he heads home on his home run during the eighth inning of a baseball game against the Washington Nationals, Thursday, July 30, 2020, in Washington. The Nationals won 6-4.(AP Photo/Nick Wass)

Toronto Blue Jays rightfelder Teoscar Hernandez has won a Silver Slugger Award for the first time in his career.

The 28-year-old Hernandez broke out as one of the game's top sluggers in the shortened 2020 season for the Blue Jays.

The league announced the winners on Thursday, with the award going to the top offensive player at their position in each league voted on by managers and coaches.

This report by The Canadian Press was first published November 5, 2020.