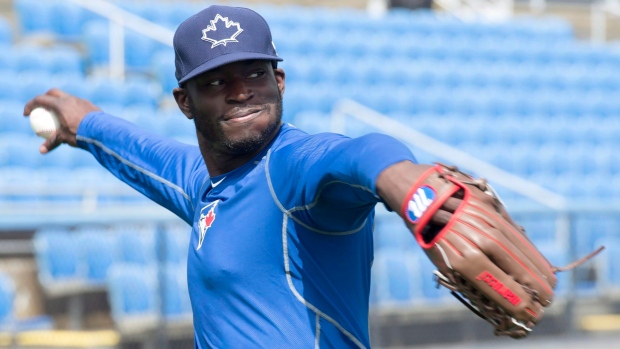 Alford picked up his first big-league hit in a 4-3 win over the Milwaukee Brewers on Tuesday night. He hit a pinch-hit double in the seventh inning off reliever Rob Scahill.

Alford suffered a left hamate fracture, the Blue Jays announced before Wednesday's matinee at Milwaukee. The hamate is a wedge-shaped carpal bone on the outside of the wrist.

It wasn't immediately clear when Alford suffered the injury.

He remained in Tuesday's game after his pinch-hit appearance. Alford recorded one more at-bat and played three innings in the outfield.