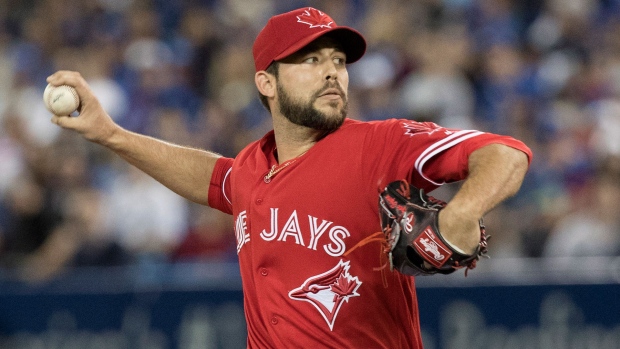 Toronto Blue Jays pitcher Ryan Tepera throws against the Tampa Bay Rays during the second inning of of their American League MLB baseball game in Toronto on Sunday April 30, 2017. THE CANADIAN PRESS/Fred Thornhill

To make room for Tepera, right-hander Javy Guerra was designated for assignment.

Tepera, who suffered an elbow injury in spring training, has been rehabbing with triple-A Buffalo. A reliever for the Jays, Tepera was 5-5 with a 3.62 ERA, 68 strikeouts and 24 walks last season.

The roster moves were made before the Blue Jays completed a four-game series in Minnesota against the Twins on Thursday.