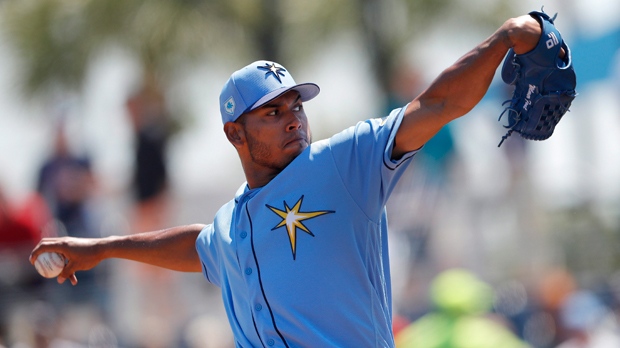 In this March 22, 2019, file photo, Tampa Bay Rays pitcher Wilmer Font works in the first inning of a spring training baseball game against the Pittsburgh Pirates in Port Charlotte, Fla. The Mets obtained right-hander Font from the Rays for a player to be named or cash Monday, May 6, 2019. (AP Photo/John Bazemore, File)

Font, 29, has made 22 combined relief appearances for the Mets and Tampa Bay Rays this year, along with three starts for New York. He is 2-2 with a 5.20 earned-run average this season.

The La Guaira, Venezuela native was traded to New York by Tampa Bay on May 6.

Font was with the Blue Jays organization on a minor-league contract in 2016, pitching for triple-A Buffalo and double-A New Hampshire

The Blue Jays will make a corresponding active roster move when Font reports to the team.