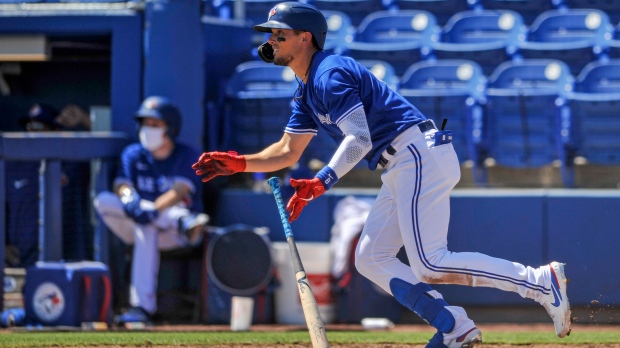 CLEARWATER, Fla. - Santiago Espinal hit a two-run homer as part of a nine-run seventh inning and finished with five runs batted in as the Toronto Blue Jays wrapped up their spring training schedule with a 13-7 win over the Philadelphia Phillies on Monday.

Rowdy Tellez and Orelvis Martinez also homered for the Blue Jays, who finished the pre-season with an American League-best 16-9-2 record.

Trailing 7-4 heading into the seventh inning, the Blue Jays blew the game open.

The Phillies retired two of the next three batters before the Jays piled on six more runs.