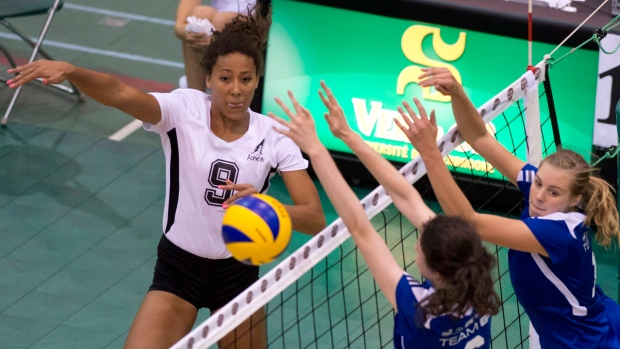 Canada, which opened the event with losses to defending champion Serbia and No. 1-ranked United States, earned its fourth straight victory with a 25-19, 25-21, 23-25, 25-22 decision over Thailand in the first match of the tournament's Round of 16.

"I thought we did a great job of executing the game plan," said Canadian coach Shannon Winzer. "We were fairly consistent throughout the match. In the third set when we were behind, we were trying to do too much, but we came back to the fourth set like we approached the first two — let’s keep calm, get the good reads, let’s get good moves and control what we can, which works for us."

"We are serving tough this tournament and it’s getting teams out of system and that’s helping us huge with defence," said Gray.

Canada next plays Turkey on Wednesday.

The 19th women's world championship is co-hosted by the Netherlands and Poland with matches played in three Dutch and three Polish cities until Oct. 15.