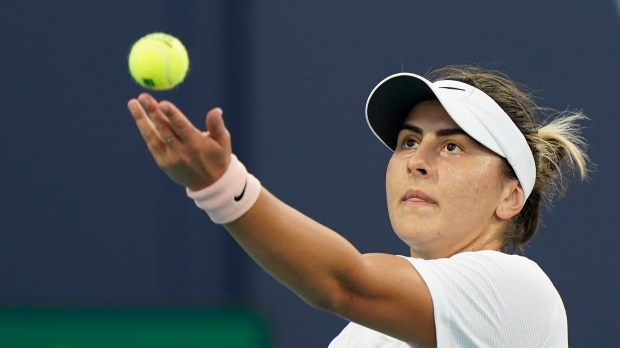 LONDON - Canada's Bianca Andreescu will have a chance to exact revenge on France's Alize Cornet when they square off in the first round at Wimbledon next week.

The draw, released Friday, sees the fifth-seeded Andreescu facing Cornet for the second time in a month on a grass-court.

Andreescu, from Mississauga, Ont., has lost three of her past four matches, including in the first round at the French Open.

After missing all of 2020, the 2019 U.S. Open champion appeared to be finding her rhythm when she advanced to the final in Miami in the spring. But a foot injury there forced Andreescu to retire from the match against Ash Barty and she later tested positive for COVID-19.

Leylah Annie Fernandez of Laval, Que., the other Canadian in the women's singles draw at Wimbledon, faces Latvia's Jelena Ostapenko in the opening round.

On the men's side, 10th-seeded Denis Shapovalov of Richmond Hill, Ont., is the top-ranked Canadian. He'll meet Germany's Philipp Kohlschreiber in the first round.