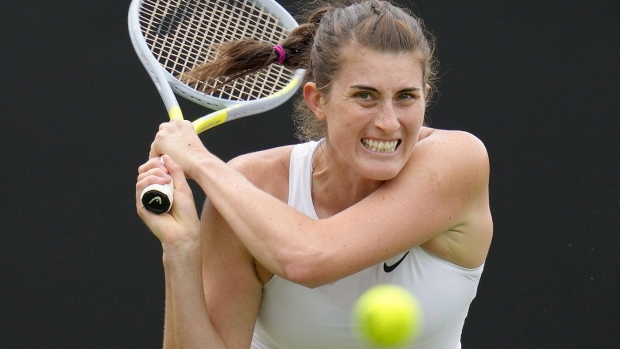 Marino was serving for the match in Game 10 of the third set, but didn't get a match point opportunity as Kawa picked up her fourth break to tie the set 5-5.

After winning the next game to take a 6-5 lead, Kawa won the match by converting her fifth of 10 breakpoint chances when Marino hit an unforced error while facing match point.

Marino had six aces to Kawa's three, and Kawa, ranked No. 132 in the world, committed seven double faults, four more than Marino. But Marino had 58 unforced errors in the match to 50 for Kawa.

The Canadian, ranked 104 in the world, had 13 breakpoint chances against Kawa, converting four.

Marino was competing in the Wimbledon main women's draw for the first time since 2011.

The other three Canadians in the main draws are set to play their opening matches Tuesday.

Sixth seed Felix Auger-Aliassime of Montreal and 13th seed Denis Shapovalov of Richmond Hill, Ont., are in the men's main draw, and Bianca Andreescu of Mississauga, Ont., the 2019 U.S. Open champion and runner-up at last week's grass-court event in Bad Homburg, Germany, is in the women's draw.