Canadian Bianca Andreescu ousted in second round of Wimbledon tune-up 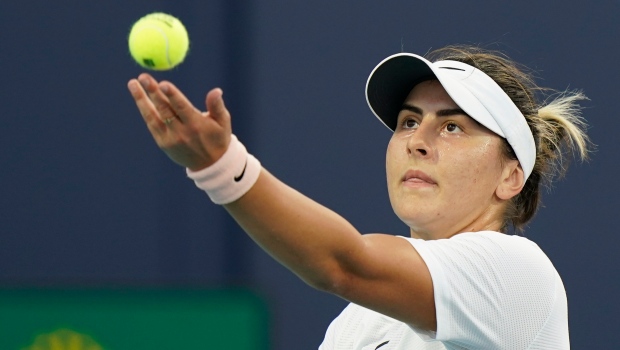 EASTBOURNE, United Kingdom - Canada's Bianca Andreescu is out of the Viking International after suffering a second-round loss on Wednesday.

The third-seeded Andreescu, from Mississauga, Ont., lost 6-3, 6-3 to Anett Kontaveit of Estonia at the WTA Tour 500 grass-court event.

It marked the third loss for Andreescu in her past four matches.

The world No. 7 won just 50 per cent of points when she got her first serve in against the 27th-ranked Kontaveit at the Wimbledon tune-up event.

On the men's side, Vancouver's Vasek Pospisil has advanced to the quarterfinals.

His second-round opponent, No. 6 seed Alejandro Davidovich Fokina of Spain, retired after dropping the first set 7-6 (1) on Wednesday.

Pospisil will next face the winner of a match between No. 2 seed Alex de Minaur of Australia and Liam Broady of Britain.

Meanwhile, Brayden Schnur of Pickering, Ont., was eliminated in the second round of Wimbledon qualifying.