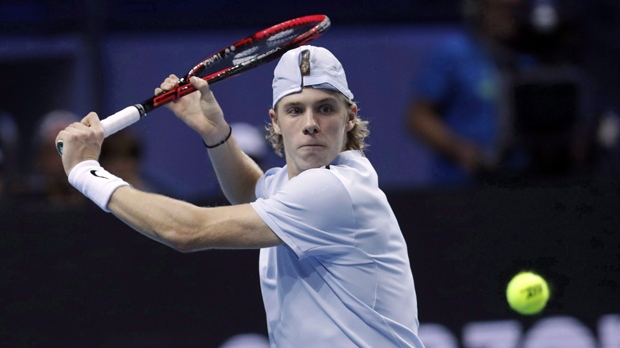 Denis Shapovalov of Canada returns the ball to Hyeon Chung of Korea during the ATP Next Gen tennis tournament finals, at the Rho fair, near Milan, Italy, Tuesday, Nov. 7, 2017. THE CANADIAN PRESS/AP-Luca Bruno

The No. 3 seed from Richmond Hill, Ont., was two points away from losing the match on serve in the second set before beginning his comeback at the French Open tuneup event on clay.

Humbert, ranked 61st, was coming off a win over Cameron Norrie of Great Britain in the opening round, while Shapovalov got a bye as a seeded player.

Shapovalov, 20, will face French veteran Benoit Paire in the quarterfinals on Thursday. Their career series is tied at 1-1.

No. 4 seed Felix Auger-Aliassime of Montreal will meet American Steve Johnson in another quarterfinal on Thursday.