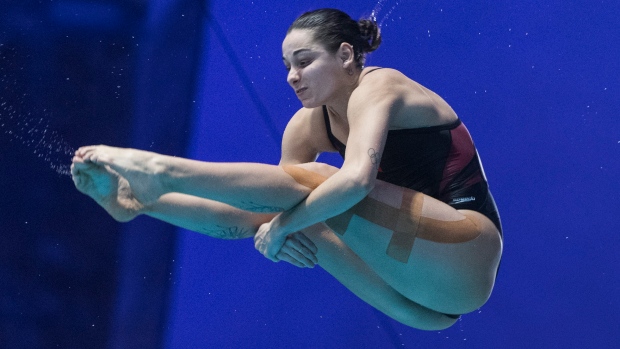 TOKYO -- Canadian divers Jennifer Abel and Pamela Ware have both qualified for the semifinals of the women's 3-metre springboard event.

Abel, who is looking for her second medal of the Tokyo Olympics, finished third with a total of 332.40 points while Ware of Greenfield Park, Que., finished fourth with 330.10.

China's Shi Tingmao showed she has every intention of defending the gold medal she won in 2016 in Brazil. She won the qualifier, followed by her teammate Wang Han, who sits second.

The Chinese have won every gold medal in the event since 1984, when Canada's Sylvie Bernier topped the podium.

The top 18 divers advanced to Saturday's semi-final, and 12 of them will move on to the medal round.

Last week, Abel won the silver medal in the women's 3-metre synchronized event alongside teammate Melissa Citrini-Beaulieu. She previously won a bronze medal in the same event in 2012 alongside Emilie Heymans.

This report by The Canadian Press was first published July 30, 2021,