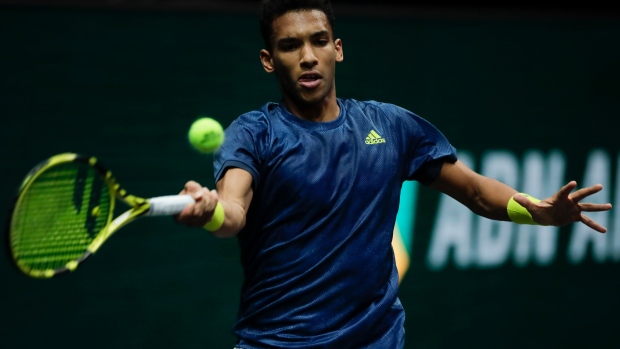 ROTTERDAM, Netherlands - Canada's Felix Auger-Aliassime lost 7-6 (4), 6-1 to Japan's Kei Nishikori in the first round of the ABN AMRO World Tennis Tournament on Monday.

The seventh-seeded Auger-Aliassime, from Montreal, got just 54 per cent of his first serves in, well below Nishikori's 74 per-cent clip.

Nishikori, ranked 45th in the world, hasn't dropped a set in two career matches against Auger-Aliassime.

The 20-year-old Canadian was playing for the first time since blowing a two-set lead in a fourth-round loss to Aslan Karatsev at the Australian Open.

Nishikori will play the winner of a match between Australians John Millman and Alex de Minaur in the second round of the ATP Tour 500 event.