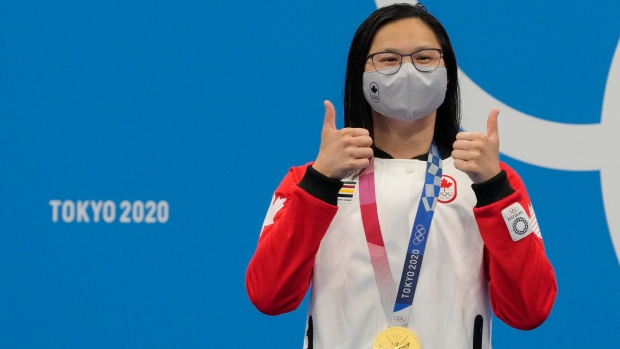 Mac Neil, from London, Ont., won gold in the 100-metre butterfly and added silver and bronze in relay events in her Olympic debut.

The ANOC Awards were first presented in 2014, and are now presented after every Games. They recognize outstanding athletic achievements from the most recent Olympic Games.

ANOC is an umbrella organization that represents the collective interests of the world's 206 National Olympic Committees.

“It is such a great honour to receive this award,” said the 21-year-old Mac Neil. “There are so many amazing athletes who competed in the Tokyo 2020 Olympic Games. With all we have been through the last year and a half, this makes it even more special.”

This report by The Canadian Press was first published Oct. 24, 2021.