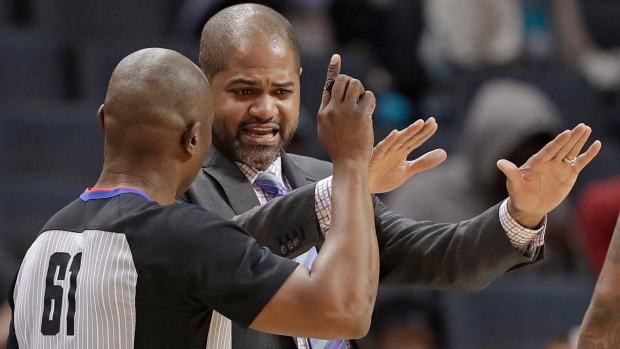 CLEVELAND -- The Cavaliers have given new coach John Beilein a seasoned right-hand man.

Former Grizzlies coach J.B. Bickerstaff is joining Beilein's staff as an associate head coach, and potentially as his replacement in a few years.

Bickerstaff was a candidate for Cleveland's opening and interviewed for the job before the Cavs lured Beilein from Michigan after a successful 12-year run. The 66-year-old signed a five-year contract last week.

Bickerstaff was fired in April by Memphis following a 33-49 season. He was also Memphis' interim coach in 2017-18.

The Cavs believe the 40-year-old Bickerstaff's familiarity with the pro game will be a huge help to Belein, who has won at every level in college but never coached in the NBA.

"J.B. has spent his entire life in and around the game and his knowledge of the league and basketball will bring a full spectrum of value to the team," general manager Koby Altman said. "His approach to coaching and everything on the court and off is exactly the kind of perspective, commitment and integrity we want for the culture and growth we will drive here."

Bickerstaff's father, Bernie, is a senior adviser with the Cavs. Beilein met with Bickerstaff shortly after he was hired and the two made an immediate connection.

"I quickly realized that we share many of the same core values, principles and views about coaching basketball and team culture," said Beilein, who will be introduced at a news conference Tuesday. "I also think J.B. will bring ideas and leadership that will complement my approach well and help the team in very impactful ways."

Before joining the Grizzlies, Bickerstaff spent five seasons with the Houston Rockets, serving as their interim head coach in 2015-16. He's also been an assistant with Minnesota and Charlotte.