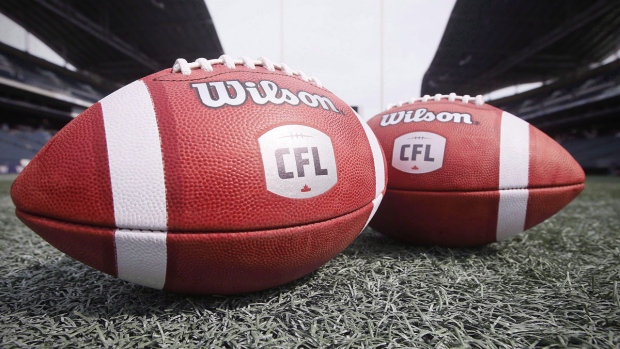 CFL balls are photographed at the Winnipeg Blue Bombers stadium in Winnipeg Thursday, May 24, 2018. THE CANADIAN PRESS/John Woods

The CFL is going ahead with its 2021 season.

The league's board of governors have voted unanimously in favour of an amended collective bargaining agreement and starting the '21 campaign Aug. 5.

The league said it will release a 2021 schedule Tuesday.

The board approval means training camp will be scheduled to begin July 10.

The league unveiled plans in November for a full 18-game season that was to have started in June but later pushed back the start to August and reduced the number of games to 14.

The Grey Cup game was also pushed back from Nov. 21 to Dec. 12 in Hamilton.