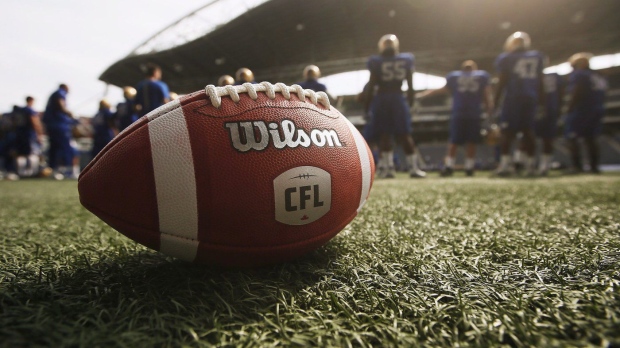 Three CFL teams formally cancelled the start of training camp workouts Sunday after the league and its players union were unable to reach a deal on a new collective bargaining agreement.

The Montreal Alouettes, Hamilton Tiger-Cats and Toronto Argonauts formally cancelled practices Sunday, which was scheduled to be the opening day of training camp for CFL teams. More are expected to follow suit.

The CFL and CFL Players' Association broke off negotiations on a new collective bargaining agreement Saturday.

The last agreement, reached in 2019 and amended last year to allow the league to stage a 14-game campaign, expired at midnight Saturday.

The union directed players from seven of the CFL's nine teams to participate in a work stoppage beginning at 12:01 a.m. ET.

Players with the Edmonton Elks and Calgary Stampeders will report to their respective camps as they'll be in a legal strike position later this month, as per provincial labour laws.

The lone previous CFL strike came in 1974. The labour situation was resolved before the start of the season that year.

It's unclear when the CFL and CFLPA will resume negotiations.