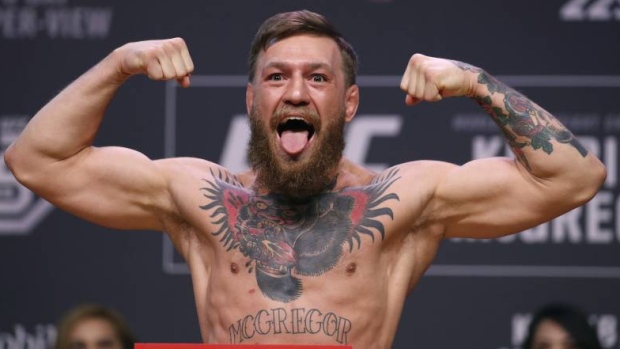 MOSCOW - Conor McGregor says he will return to mixed martial arts in January with a UFC fight in Las Vegas.

McGregor says he will return “fully focused” on Jan. 18 at the T-Mobile Arena.

Speaking at a news conference in Moscow, McGregor says he knows his opponent but won't name him, so “ask the UFC who the opponent is.”

The 31-year-old Irishman hasn't fought since losing by submission to Khabib Nurmagomedov in October 2018. McGregor says he wants a rematch with Nurmagomedov in Moscow and aimed a string of insults at the Russian fighter.

McGregor is facing an assault charge in Ireland over an incident in which he appeared to punch a man in a bar.