Five things for Canadians to watch at Tokyo Olympics on Sunday, July 25 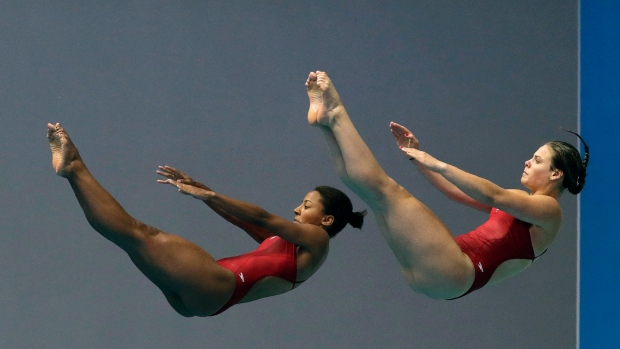 From young emerging talent in the swimming pool, with the likes of Kylie Masse and Summer McIntosh, to a demanding road race through Tokyo by Mount Fuji, here are five things to watch Sunday at the Tokyo Olympics:

The Tokyo Aquatics Centre hosts its first diving event of the Games with the women's three-metre synchronized springboard. The duo of Jennifer Abel from Laval, Que., and Melissa Citrini-Beaulieu of Saint-Constant, Que., is representing Canada. Abel, who is competing in her fourth Olympics, won bronze in the three-metre synchronized springboard in London in 2012 with then-teammate Emilie Heymans. She finished fourth in Rio in 2016 alongside Pamela Ware. Citrini-Beaulieu is making her Olympic debut.

Canadian athletes have a busy day in the pool with several swimming events getting underway. Kylie Masse of LaSalle, Ont., leads the way in the women's 100-metre backstroke while Markus Thormeyer of Delta, B.C., competes in the men's 100-metre backstroke. Fourteen-year-old Summer McIntosh of Toronto, the youngest of Canada's 370-athlete delegation, is in the women's 400-metre freestyle. The men are also taking part in a 4 x 100 metre freestyle relay.

Canada has not won a medal in taekwondo since the Beijing Olympics in 2008, and Winnipeg's Skylar Park is looking to change that. Making her Olympic debut, Park is competing in the women's 57-kilogram weight class. She faces Stacey Hymer of Australia in the round of 16 at Makuhari Messe Hall. Park won gold at the Pan Am taekwondo championship this year and silver at the 2019 Pan Am Games. Karine Sergerie earned Canada's last taekwondo medal, a silver in Beijing.

Sixty-seven cyclists are competing in the gruelling 137-kilometre women's road race, beginning in Tokyo and ending in the foothills of Mount Fuji. Among them are Canadians Leah Kirchmann of Winnipeg, Karol-Ann Canuel of Amos, Que., and Alison Jackson of Vermilion, Alta. Kirchmann and Canuel are both making their second Olympic appearances. It is a single-day event with medals awarded to the top-three finishers. Ottawa's Michael Woods crossed the finish line fifth, milliseconds from a podium finish, in the men's road race Saturday.

Sunday is the first day for canoe slalom events at the Tokyo Games, with heats in women's kayak and men's canoe. Florence Maheu of Salaberry-de-Valleyfield, Que., represents Canada in women's kayak, while Cameron Smedley of Dunrobin, Ont., competes in men's canoe. With the goal of achieving gender parity at the Games, women's single canoe will make its Olympic debut on July 28, replacing the men's double. All events will take place at the Kasai Centre.