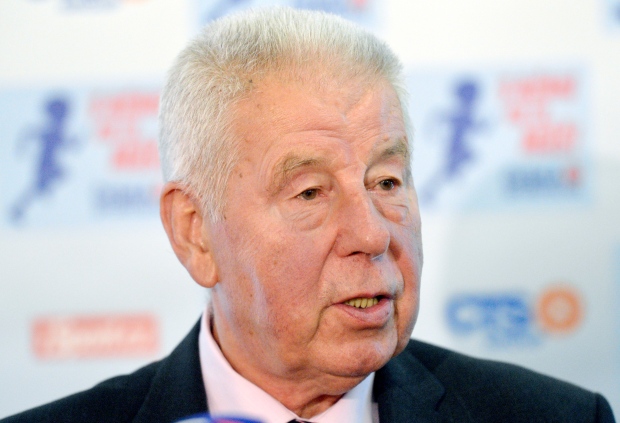 PRAGUE, Czech Republic -- Czech football great Josef Masopust, who led the national side to the final of the 1962 World Cup, has died aged 84.

The Club of Josef Masopust's Friends, the organization that takes care of his legacy, said he died in his Prague home Monday morning. No cause of death was given. The Czech public television said he was battling a serious, long-term illness.

"It's an irreplaceable loss," said Miroslav Pelta, the head of the Czech football federation. "He was a unique personality on and off the field."

Masopust, who was a creative playmaker with brilliant skill and technique, is best remembered for the opening goal in the 1962 World Cup final in Chile against the heavy favourite Brazil. Brazil won 3-1.

"Masopust was one of the greatest players I ever saw," Brazilian football great Pele later said. "But it is not possible that he was born in Europe. With those explosive dribbles, he had to be Brazilian!"

Underdogs Czechoslovakia reached the knockout stage after drawing 0-0 against Brazil in one of their group matches before eliminating Hungary and Yugoslavia on the way to the final.

Pele sustained an injury in the group stage encounter but at that time, substitutes were not allowed. When he got the ball, Masopust didn't challenge him and allowed him to pass.

"It was a gesture I will never forget," Pele said.

Masopust's moment in the final came in the 15th minute when he collected a through ball and scored with a one-touch low shot past goalkeeper Gilmar.

The same year, Masopust became the first Czech to win the Golden Ball award for the best footballer in Europe.

He was also on the Czech team that finished third at the European Championship in 1960.

Masopust, who made 63 international appearances, was named the best Czech footballer of the century in 2000.

Born Feb 9, 1931 in the village of Strimice in a family of a miner, Masopust played the best years of his career for Dukla Prague, winning seven league titles. A statue of him was unveiled in front of the Dukla stadium in 2012.

At the end of his career, the communist regime allowed Masopust to play for Molenbeek for two seasons. After retiring as a player, he became a respected coach of clubs at home and abroad. He was also in charge of the Czechoslovakia national team from 1984-87.

Funeral arrangements were not immediately announced.