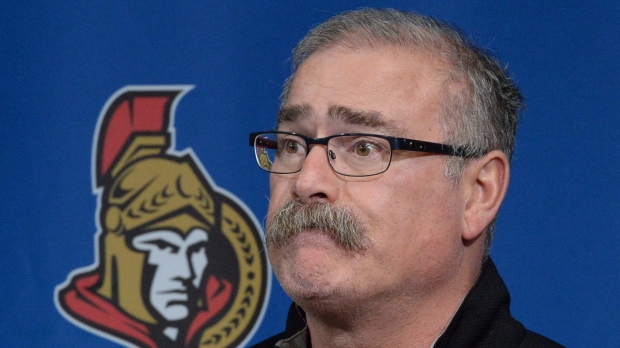 Ottawa Senators' head coach Paul MacLean holds a press conference regarding the end of the season in Ottawa on Monday, April 14, 2014. The Toronto Maple Leafs have hired former Senators coach Paul MacLean as an assistant coach. THE CANADIAN PRESS/Sean Kilpatrick

Internationally, MacLean was a member of Canada's national men's hockey team during the 1979-80 season, skating in 50 games (21 goals, 11 assists). He also represented Canada at the 1980 Winter Olympics in Lake Placid, recording two goals and three assists in six games.

“Over nearly two decades as an NHL coach, Paul has filled every role on a coaching staff, winning a Stanley Cup and Jack Adams trophy along the way,” Keefe said in a release. “Adding someone of Paul's expertise and character to advise and assist our staff is something that we felt was very important as we seek to make tangible steps next season.”