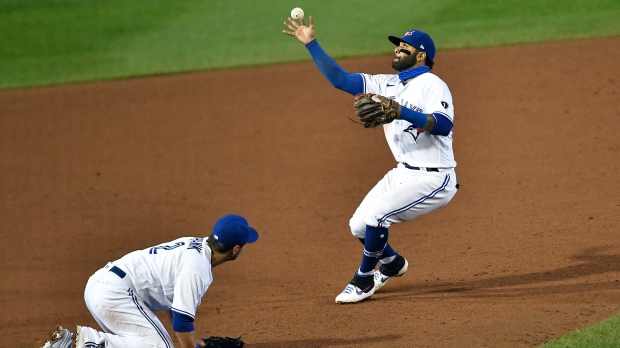 The Yankees had lost 15 of 20 and fallen to the edge of the expanded playoff field. General manager Brian Cashman had made a rare road trip to talk to the team before Tuesday night's loss.

Torres and DJ LeMahieu homered to back Garcia (1-1). In his third career start, the 21-year-old righty gave up two runs and five hits in seven innings. He struck out six and walked two.

Zack Britton worked the eighth and Aroldis Chapman struck out all three batters in the ninth.

Derek Fisher hit a two-run homer in the second inning for Toronto, which had its three-game winning streak halted. Ross Stripling (3-3) took the loss.

Luke Voit hit an RBI single that put the Yankees ahead 3-2 in the fifth and Torres added a two-run double. That gave New York multiple hits with a runner in scoring position, a welcome relief after the Yankees had gone 2 for 32 in that situation during their five-game skid.