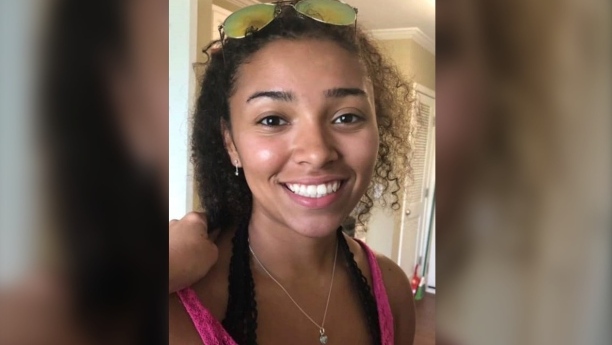 This undated photograph released by police in Auburn, Ala., shows Aniah Haley Blanchard, 19, who is missing. (Auburn Police Division via AP)

AUBURN, Ala. - A Texas-based non-profit that works to find missing people across the country has called off its search for UFC heavyweight Walt Harris' missing stepdaughter.

Destinie Duvall of Texas EquuSearch tells WRBL-TV that that the horse-mounted search group is heading home after using “every resource available” to search for 19-year-old Aniah Blanchard in Auburn, Alabama.

Blanchard was last seen on Oct. 23 at an Auburn gas station. Her damaged car was later found abandoned.

Twenty-year-old Ibraheem Yazeed has been arrested and charged with first-degree kidnapping. Surveillance video puts him at the gas station at the same time as Blanchard. He was free on bond in an earlier kidnapping case at the time.

Duvall said the search is suspended until the group is summoned to follow a new lead.