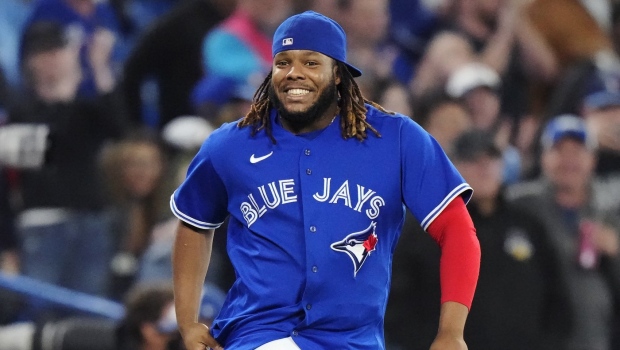 Toronto Blue Jays' Vladimir Guerrero Jr. celebrates after the team's win over the Tampa Bay Rays in a baseball game Sept. 14, 2022, in Toronto. Guerrero and the Blue Jays avoided salary arbitration Friday night, Jan. 13, by agreeing to a $14.5 million contract for next season. (Frank Gunn/The Canadian Press via AP, File)

Toronto had 12 players eligible for arbitration — only Tampa Bay with 14 had more. The lone member of that Blue Jays group who did not settle Friday was shortstop Bo Bichette.

If the Blue Jays and Bichette are unable to strike a deal, they would go to a hearing before a three-person arbitration panel sometime between Jan. 30 and Feb. 17 in St. Petersburg, Florida.