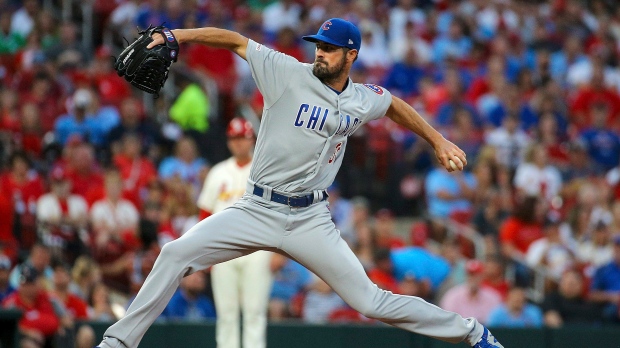 ATLANTA -- Left-hander Cole Hamels agreed to an $18 million, one-year contract with the Atlanta Braves, one of the more active teams of the off-season.

The 35-year-old gives the Braves a veteran to replace Julio Teheran, who became a free agent after his team option was decline.

Hamels spent the last two seasons with the Chicago Cubs, going 7-7 with a 3.81 ERA in 27 starts last season.

Hamels has 163 wins and a 3.42 ERA in 14 seasons. He began his career with Philadelphia, where he was a three-time All-Star in 10 seasons.

Atlanta has given left-handed reliever Will Smith, a possible closer, a $40 million,m three-year contract and added catcher Travis dArnaud for a $16 million, two-year deal.