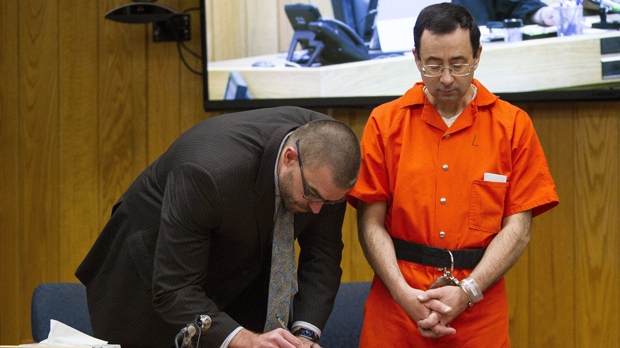 The Detroit Free Press reports the lawyers, who represent 110 women suing the East Lansing school in a second wave of lawsuits, want the state to look at whether Michigan State deliberately underfunded the $75 million portion of the settlement that could cover them. They've sent a complaint to the Michigan auditor general.

A spokeswoman for Michigan State said Friday that the school declined to comment.

Hundreds of girls and women have said Nassar molested them when he was a physician, including while he worked at Michigan State and Indianapolis-based USA Gymnastics, which trains Olympians.