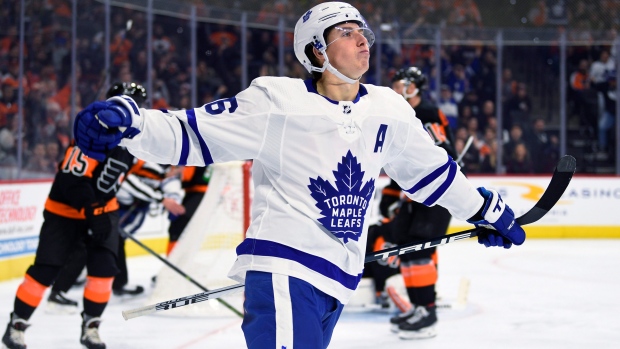 TORONTO -- The Toronto Maple Leafs have activated forward Mitch Marner from injured reserve ahead of their game tonight against visiting Colorado.

Marner has been out since suffering a high-ankle sprain in a 4-3 shootout loss on Nov. 9 against visiting Philadelphia.

The 22-year-old was hurt after falling awkwardly on his right leg off the second period's opening faceoff.

Marner has four goals and 14 assists in 18 games this season.

Tonight's game will be his first under new head coach Sheldon Keefe, who took over from the fired Mike Babcock on Nov. 20.

The Leafs also announced that defenceman Martin Marincin and forward Nic Petan have been loaned to the American Hockey League's Toronto Marlies.