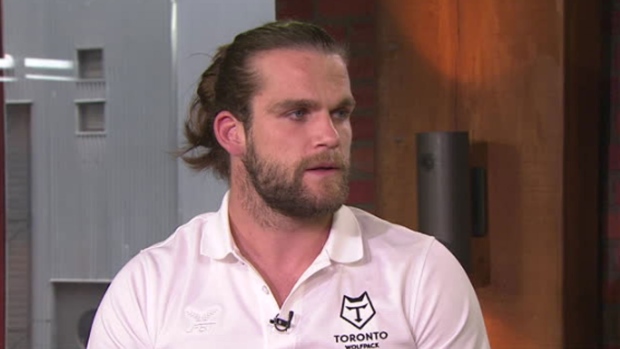 The Irish international is also one of only five players left from Toronto's inaugural 2017 squad to have taken part in the Wolfpack's rise from the third-tier League 1 to the elite Super League.

With the Super League season set to resume Aug. 2 after a pandemic hiatus, Kay joins Wakefield initially on a loan agreement through the end of the season. He has signed a two-year deal covering the 2021 and 2022 campaigns.

Toronto has faced a salary cap crunch in recent times and is currently dealing with a visa issue that could leave New Zealand star Sonny Bill Williams and six other imports on the sidelines when the team resumes play next month in England.

Assigned the Wolfpack's heritage jersey No. 1 with the club, Kay is a pacey winger with a nose for the try-line. He scored 65 tries for Toronto, upping his career total to 159.

"While the fans will remember Liam for his incredible strike rate for games played and tries scored, everyone inside the Wolfpack bubble will also remember his commitment to the cause for the first-ever transatlantic professional sports team," Toronto coach Brian McDermott said in a statement.