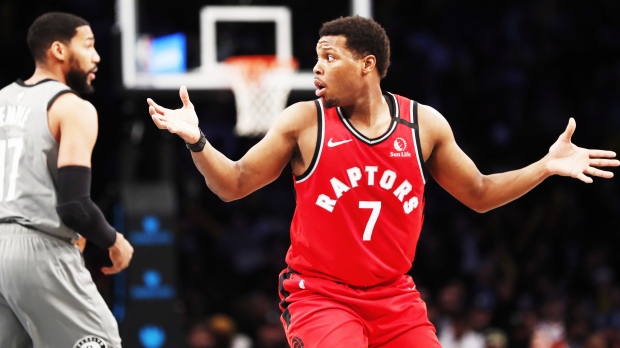 TAMPA, Fla. -- Kyle Lowry says his family will play a large part in whether he'll remain with the Toronto Raptors next season.

With free agency looming, the six-time all-star guard said he values stability for his two sons, but added that money talks, and he's keen to win more championships.

The 35-year-old, who's considered the greatest Raptor of all time, spoke with the media for 45 minutes on Tuesday morning, two days after the team's frustrating season ended.

Toronto missed the playoffs for the first time in eight years.

The future of team president Masai Ujiri is also a question mark. He has yet to sign a contract extension.

Lowry says Ujiri's decision this summer will play a part in whether he decides to stay or go.

The guard, who won gold with Team USA at the 2016 Rio Olympics, says he hasn't made a decision on whether he'll play at the Tokyo Games this summer.

This report by The Canadian Press was first published July 18, 2021.