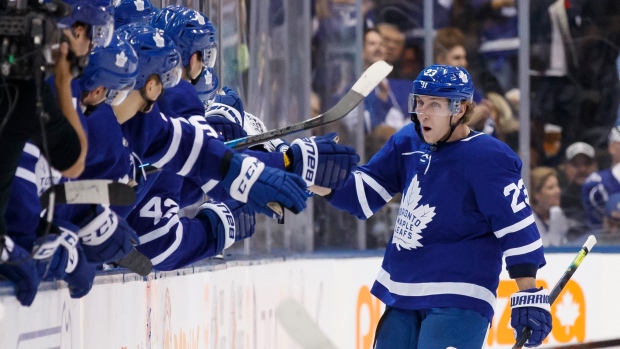 TORONTO - The Toronto Maple Leafs have signed defenceman Travis Dermott to a one-year contract extension worth US$874,125.

The 23-year-old recorded 11 points (four goals, seven assists) in 56 regular-season games in 2019-20 before adding one assist in five games during the Maple Leafs' qualifying round series against Columbus.

The native of Newmarket, Ont., has 41 points (nine goals, 32 assists) in 157 NHL games over three seasons with Toronto.

Dermott was originally selected by the Maple Leafs in the second round, 34th overall, of the 2015 NHL draft.