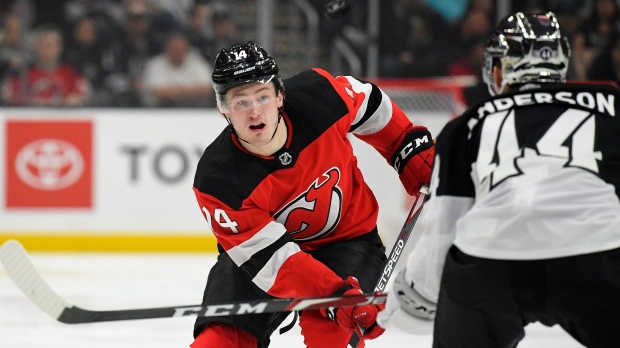 The Toronto Maple Leafs traded forward Andreas Johnsson to the New Jersey Devils on Saturday in exchange for forward Joey Anderson, then followed with the signing of veteran defenceman Zach Bogosian.

The 30-year-old Bogosian inked a one-year contract worth US$1 million.

Bogosian, split the 2019-20 season between the Buffalo Sabres and Tampa Bay, winning a Stanley Cup with the Lightning.

Anderson, 22, split his 2019-20 season between the New Jersey Devils and Binghamton Devils of the American Hockey League.

In 18 games with New Jersey, he recorded four goals and two assists, and had 34 points (15 goals, 19 assists) in 44 games with Binghamton.

Moving Johnsson, who has three years left on his contract with an average annual value of US$3.4 million, was in part due to salary cap concerns for the Leafs.

Boyd, 27, split his 2019-20 season between the Washington Capitals and Hershey Bears of the American Hockey League.

Boyd had three goals and seven assists in 24 regular-season games with the Capitals, before adding a goal in four Stanley Cup playoff games.

Boyd was originally selected by the Washington Capitals in the sixth round (177th overall) of the 2011 NHL Draft.