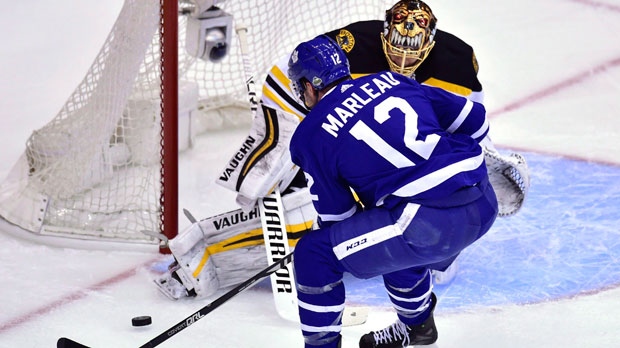 Marleau, 39, scored 16 goals and added 21 assists in 82 games during the 2018-19 regular season and added a pair of assists in seven playoff games.

Marleau has 43 goals and 41 assists for 84 points in two seasons with Toronto. The Aneroid, Sask., native has appeared in 1,657 career NHL games between San Jose and Toronto, recording 551 goals and 615 assists.

Marleau signed as a free agent with Toronto on July 2, 2017. He was originally drafted by the Sharks in the first round, second overall, of the 1997 NHL draft.

The trade was announced an hour before the second round of the 2019 NHL draft started in Vancouver.

The Leafs were the only Canadian team not to make a selection in Friday's first round at Rogers Arena.

Toronto traded the 19th pick, minor-league forward Carl Grundstrom and the rights to defence prospect Sean Durzi to the Los Angeles Kings for veteran blue-liner Jake Muzzin back in January.