McIlroy knows this is not just another British Open 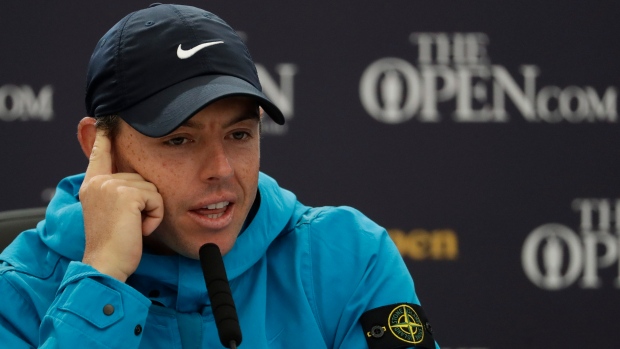 PORTRUSH, Ireland -- Rory McIlroy wants to treat this week just like any other British Open.

The 148th Open is the first in his native Northern Ireland in 68 years, and McIlroy is the betting favourite to capture the claret jug and end his five-year drought in the majors. He has played only one practice round this week on a Royal Portrush links he knows well. He says he doesn't consider himself the centre of attention.

He also says it will be a mistake to ignore all that's going on around him. His mantra is to look around and soak it all in, recognize how big this is for his country and to remind himself that the British Open at Royal Portrush is bigger than him.