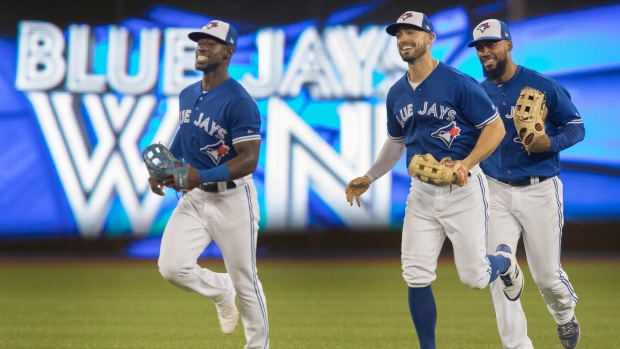 NEW YORK - Major League Baseball will open the 2021 season on April 1 and hopes to have every team play its first game on the same day for the first time since 1968.

The league released the full schedule Thursday, two weeks before it plans to begin a 2020 season that's been delayed and shortened by the coronavirus pandemic. MLB intended to start this season on March 26, its earliest opening date ever except for international games.

The league also hoped to have all 30 clubs play on the same opening day this season, but that was spoiled when Commissioner Rob Manfred suspended spring training in March.

The Toronto Blue Jays will open the 2021 season on the road with a game at Yankee Stadium. The Jays will play their home opener April 8 against the Los Angeles Angels.

The New York Mets will host the cross-town Yankees at Citi Field on the 20th anniversary of 9-11, the first time the Subway Series will take place on Sept. 11. The Yankees will host the Mets during Fourth of July weekend.

MLB also tried to have every team play its first game on the same day in 2018, but two games were postponed due to poor weather.

The last day of the season will be Oct. 3. The Blue Jays finish the season with a six-game homestand against the Yankees and Baltimore.