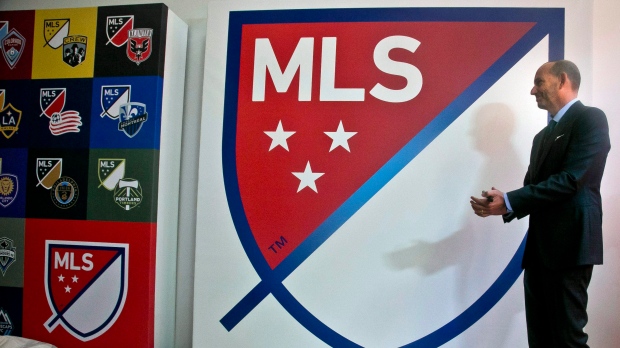 Toronto FC has been given permission to open training camp on Wednesday to allow the team time to prepare for the Canadian Championship final against Hamilton's Forge FC.

Players on most other MLS teams will report March 1 for a seven-day quarantine period, medical exams and COVID-19 testing prior to the start of team training March 8. That allows for six weeks of training before the league's 26th season kicks off April 17.

The league said players can start their seven-day quarantine period prior to March 1 on a voluntary basis. These players can train individually or together once they have completed the quarantine and testing.

Technical staff and coaches may not take part in group training sessions prior to March 1.

Players and staff returning to Canada will also have to quarantine for 14 days upon entering the country, in compliance with Health Canada guidelines.

The Canadian Championship winner earns a berth in the Scotiabank CONCACAF Champions League, which kicks off April 6-7 with round-of-16 matches. No date has been set yet for the Canadian qualifier.

The other four MLS teams preparing for Champions League play have also been granted permission to start camp early. Their players can report Feb. 24 to begin the required seven-day quarantine, with a team training start date of March 3.

Those players may voluntarily begin their quarantine period prior to Feb. 24.

The league has not announced yet where the Canadian teams will play their home matches this season. But it is increasingly looking like they will have to go south of the border, as they eventually did last season because of pandemic-related travel restrictions.

Toronto set up shop in East Hartford, while Montreal played out of Harrison, N.J., and Vancouver settled in Portland.

This report by The Canadian Press was first published Feb. 13, 2021.