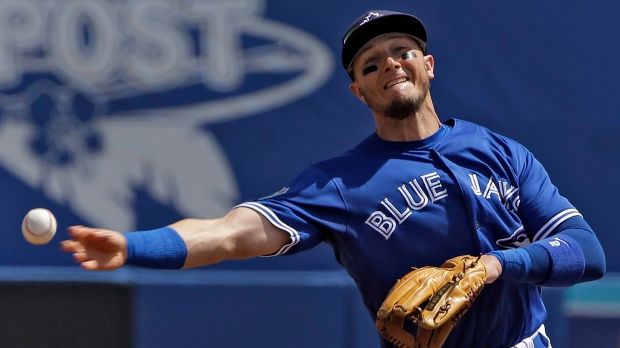 Troy Tulowitzki was shocked when he learned that he was being traded from the Colorado Rockies to the Toronto Blue Jays in July of 2015.

Not only would he be joining a new team in an entirely new country, the star shortstop would joining a club that wasn't even in the playoff picture - not when he first got there, anyway.

Tulowitzki, who announced his retirement from Major League Baseball last week, spoke about that trade to Toronto on a conference call Monday, almost four years to the day that it happened.

“I thought the whole time I was going to go to a team that was sitting pretty in first place, but sure enough, we made a run that year and got in the playoffs,” Tulowitzki said. “And the next year we had another good year and back in the playoffs. That experience was fun.”

Tulowitzki missed most of the past two seasons with leg injuries, and his retirement last Thursday came more than three months after he played in his last game for the New York Yankees.

He was traded to Toronto on July 28, 2015 and helped the Blue Jays break a 22-year playoff drought, reaching the American League Championship Series for the first time since 1993.

The Blue Jays were 50-51 - good for fourth place in the AL East - when Tulowitzki arrived in Toronto. They went 43-18 the rest of the year.

“There were some great times, great teammates, players that I still talk to to this day,” Tulowitzki said when asked how he'll reflect on his time with the Blue Jays.

“And I'll never forget that experience in Toronto when (Jose) Bautista had that bat-flip home run (in Game 5 of the 2015 American League Division Series against Texas). That experience was once in a lifetime.”

Tulowtitzki hit .254 with 24 homers and 79 RBIs in 2016, his last full season in the majors, as Toronto again reached the ALCS. He spent most of 2017 on the disabled list with leg and ankle injuries, and then missed all of last season following surgery on both heels.

The Yankees signed Tulowitzki in the off-season - with Toronto eating up most of his hefty contract - but he lasted just five games before going on the IL himself, straining his left calf on April 3.

“I was always trying to perfect my craft and there came a point in time this year after I strained my calf that (baseball) just wasn't as enjoyable as it once was,” Tulowitzki said. “I couldn't do some of the things work-wise that I had before and I started thinking to myself, I have a son who's five years old and I want to be a part of what's going on in his life and be there for him as a father and everything just started lining up and I decided to make a decision.”

Tulowitzki will join the Texas Longhorns baseball staff as a volunteer coach, a career move he said he's looking forward to after 13 years as a major leaguer.

“I had a great experience (in college baseball) at Long Beach State and always kept that in the back of my mind, that one day when I was done playing I wanted to get back into the college game,” he said. “So when I felt like that was a reality I started doing my homework on different programs and everything kinda led me to Texas. ... I'm just looking forward to teaching the kids what I've learned on and off the field and turning them into not just good baseball players but good people in general that do things the right way.”