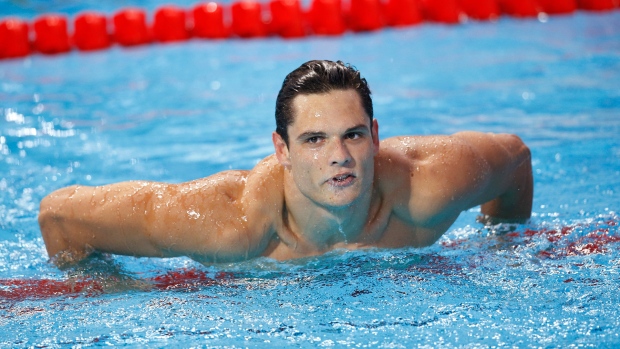 PARIS - Olympic gold medallist Florent Manaudou is making a comeback to swimming with the aim of competing at the 2020 Games in Tokyo.

The Frenchman, who won the 50-meter freestyle title at the 2012 London Olympics, took a 2- 1/2 year break from swimming to focus on handball.

Manaudou told L'Equipe newspaper he is missing high-level competition and that he is “excited to swim again and compete with the best.”

The 28-year-old Manaudou, a silver medallist in the 50 free at the Rio de Janeiro Olympics, will be trained by his former coach James Gibson.

During his break, Manaudou has also played a small role in a TV series and invested in a restaurant in Marseille named “The Swimming Pool.”