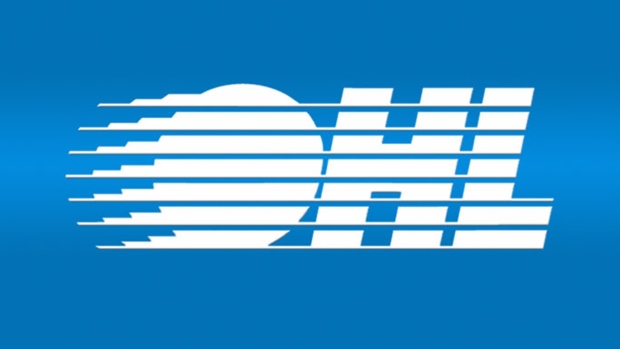 The decision affects the home-and-home series between the London Knights and Saginaw Spirit on Thursday and Friday.

Saturday's game in Saginaw against the Windsor Spitfire as well as Monday's game between the Sarnia Sting and the Otters in Erie will be rescheduled.

The league has now postponed 53 games, all since Dec. 1, due to complications caused by the rapid spread of the COVID-19 Omicron variant.

The league has said it is committed to completing its 2021-22 season despite the challenges brought on by the pandemic.

Five of the 10 games rescheduled on Wednesday are for this coming weekend.

Instead of playing London on Saturday Saginaw will host the Flint Firebirds.

The Barrie Colts will now host the Mississauga Steelheads on Saturday instead of their previously scheduled game against the North Bay Battalion.

Flint will also visit the Windsor Spitfires on Sunday in a game rescheduled from Dec. 31.

Instead of hosting Sarnia on Monday, Erie will play host to the Spirit at the same time.

The Guelph Storm's game against Flint originally scheduled for Friday has now been rescheduled to Tuesday.