Panthers hoping Newton's injured left foot is 'not too bad' 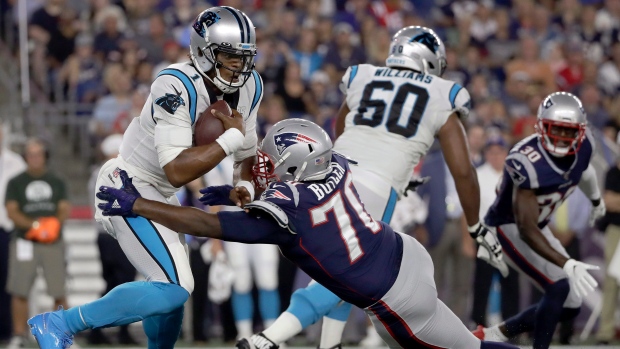 "We're hoping it is not too bad," Panthers general manager Marty Hurney told the team's radio network after the game. "We'll find out more (on Friday). But I hope it's not too bad."

The 2015 league MVP hobbled off the field Thursday night at New England after taking a sack in the first quarter. He was taken to the locker room and did not return. He left the stadium in a walking boot and did not address the media before boarding the team bus.

Panthers coach Ron Rivera didn't offer any update after the game saying only: "He's in a walking boot. That's all I can tell you."

Kyle Allen, who has started one NFL game, relieved Newton at quarterback.