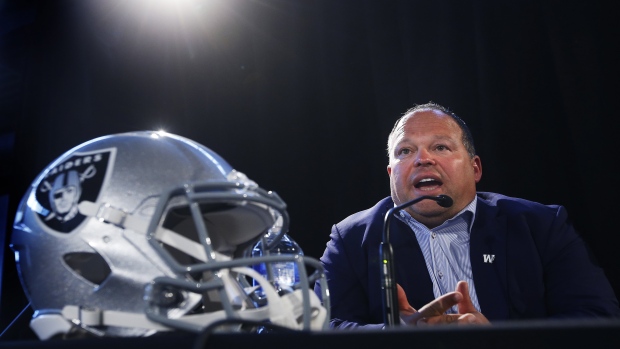 WINNIPEG -- The promoters of an NFL pre-season game in Winnipeg are enthusiastic that there won't be any fumbles despite a rocky road to tonight's kickoff.

Terry Dale, operations manager with On Ice Entertainment, says it only received word from NFL inspectors late Wednesday that IG Field, home of the CFL Winnipeg Blue Bombers, was approved for play.

To get there, promoters had to order NFL goal posts, strip and repaint lines and logos on the field, and cover an entire edge of asphalt around the field with synthetic turf.

There has also been plenty of skepticism about filling seats, as tickets sales have appeared slow with people pointing to high prices -- lower-bowl seats cost about $300.

Winnipeg Coun. Kevin Klein thanked the Oakland Raiders and Green Bay Packers on Twitter for choosing to play in Winnipeg, even if they have faced some "social media bumps" along the way.

There were many online jabs after at least one player arrived Wednesday wearing a "Winnipeg, Alberta" shirt.

But Green Bay quarterback Aaron Rodgers embraced the location by sporting a jean-on-jean-on-jean "Canadian tuxedo" with a bolo tie.