Raptors forward Siakam out around five months after shoulder surgery 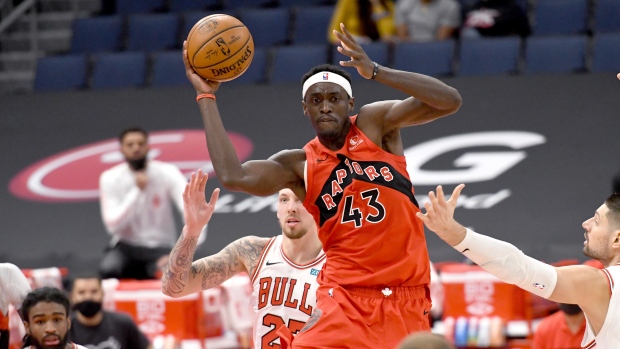 Toronto Raptors forward Pascal Siakam (43) looks to pass the ball against the Chicago Bulls during the second half of an NBA basketball game Thursday, April 8, 2021, in Tampa, Fla. (AP Photo/Jason Behnken)

The Raptors said in a release Friday that Siakam injured his shoulder in a May 8 game against Memphis. Along with several other starters, Siakam missed Toronto's final four games of the season.

If the timetable for Siakam's return holds, he would return around three weeks into the 2021-22 NBA season. The next season is scheduled to start Oct. 19.

He tied his career high with 44 points in a May 6 overtime loss to Washington, which was the game before he sustained the shoulder injury.