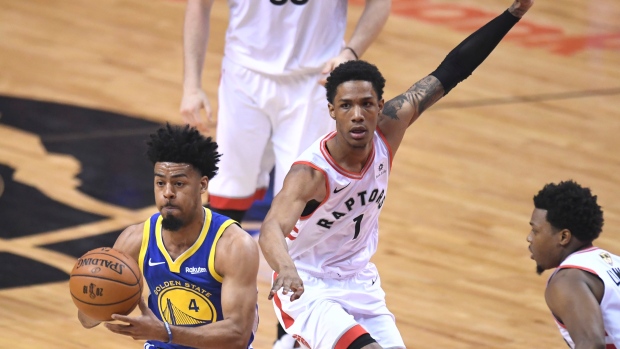 Toronto Raptors swingman Patrick McCaw underwent arthroscopic left knee surgery Wednesday and will be out of the lineup indefinitely.

McCaw had a benign mass on the back of the knee removed by Dr. Riley Williams at the Hospital for Special Surgery in New York, the Raptors said in a statement.

The 24-year-old St. Louis native will be re-evaluated in four weeks.

McCaw, who had been experiencing knee discomfort over the last few weeks, has played in two games this season. He scored eight points and had six rebounds, three assists and three steals over 40 minutes of playing time.

The Raptors play the visiting Sacramento Kings on Wednesday night. McCaw will not travel with the team on its upcoming five-game West Coast road trip.