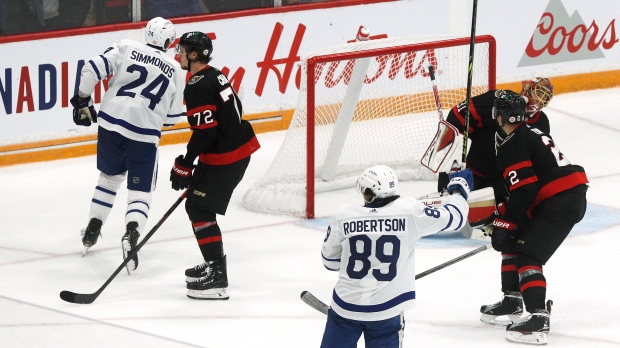 The left-winger opened the scoring Friday for Toronto (3-1-0) which jumped out to a 3-0 lead within the first 10 minutes of the first period. Parker Kelly put Ottawa (1-3-0) on the board with just 27 seconds remaining in the frame.

Senators forward Drake Batherson scored the lone goal of the second period on a power play to cut the deficit to 3-2.

In the third, the Leafs scored three unanswered goals, courtesy of Denis Malgin, Robertson and Justin Holl to go up 6-2 with just two minutes remaining. Angus Crookshank scored the final goal for Ottawa.

Anton Forsberg made 33 saves on 38 shots he faced for the Senators.