Rogers Cup champions Andreescu and Nadal withdraw from the next tournament 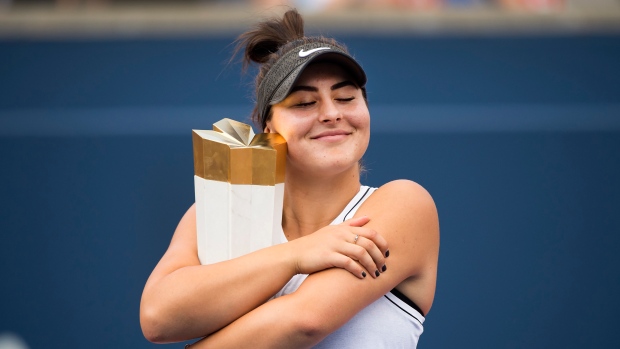 MASON, Ohio -- The Rogers Cup champions have decided to take a break this week after capturing titles on Sunday.

Bianca Andreescu of Mississauga, Ont., and Spain's Rafael Nadal both withdrew from the Western and Southern Open late Sunday night.

They are expected to return to action at the U.S. Open, the season's final Grand Slam, in two weeks in New York.

Andreescu became the first Canadian to win the tournament in 50 years when Serena Williams retired in the first set of the final on Sunday in Toronto.

Nadal captured his fifth Rogers Cup with a straight-sets win over Daniil Medvedev of Russia.