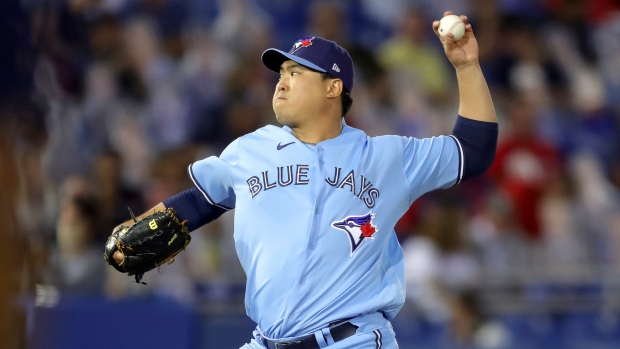 Jansen had a second-inning RBI single and drew a pivotal walk during a three-run fourth as Toronto won for the ninth time in 12 games and improved to a season-high six games over .500. Jansen had two hits in three at-bats and raised his batting average to .143.

Boston starter Eduardo Rodriguez (5-2) gave up five runs and 11 hits in five innings. The lefty has gone five or more innings in 36 consecutive starts, dating to May 4, 2019, which is the longest active streak in the majors.

The Blue Jays are 10-5 this season at TD Ballpark, their spring training facility. Toronto entered averaging an AL-best 6.14 runs in home games.

Toronto is playing its third and final homestand in Dunedin before relocating to Buffalo, New York, next month. COVID-19 restrictions are keeping the Blue Jays from playing in Canada.

Jansen put the Blue Jays ahead 1-0 on an RBI single in the second off Rodriguez. It was just his second hit in 26 at-bats against left-handed pitchers this season.

Marcus Semien and Bo Bichette had run-scoring hits in a three-run fourth that made it 4-0.

Gurriel also contributed an RBI single in the fifth.

Teoscar Hernandez had three hits, including an RBI single in the sixth, for the Blue Jays. Hernandez has driven in 17 runs in 17 games since returning from the COVID-19 injured list.

Randal Grichuk hit a two-run homer to right field in the eighth.

Boston manager Alex Cora had high praise for renovations at TD Ballpark. “They did an amazing job with the clubhouse and the facility to accommodate the visiting team,” Cora said. “It is different, we know that. The ball flies here and the ball shoots to right field compared to the other places we have played.”

Red Sox: OF Kike Hernandez (right hamstring strain) returned from the 10-day injured list. â€¦ Cora said LHP Chris Sale (Tommy John surgery) is really excited about how he is bouncing back after workouts. Sale is throwing off a bullpen mound.

Blue Jays: CF George Springer (right quadriceps strain) is taking batting practice and jogging but has not started running sprints. â€¦ 1B Rowdy Tellez, who hurt his hamstring Sunday, was available off the bench. Dolis (right calf strain) was reinstated from the 10-day IL.