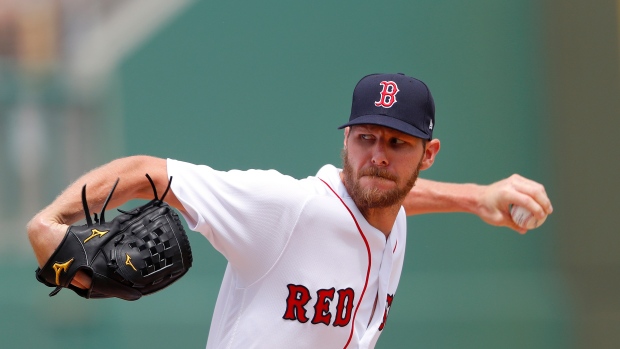 FORT MYERS, Fla. -- Ace left-hander Chris Sale and the Boston Red Sox agreed to a new contract Saturday that guarantees an additional $145 million from 2020 to 2024.

Sale has been an All-Star the last seven years and would have been eligible for free agency after this season.

He is guaranteed $15 million this year under the second option year of the contract he signed with the Chicago White Sox before the 2013 season. The deal wound up to be worth $59 million over seven years plus award bonuses.

He was 1-0 in four starts and four relief appearances in last year's post-season, striking out the side against the Los Angeles Dodgers in Game 5 of the World Series to complete Boston's fourth title in 15 seasons.