Santos seen in Poland on eve of new coach announcement 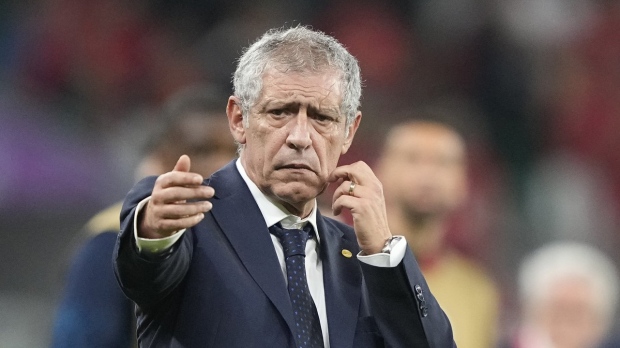 The video, shot from long distance, appears to show Santos leaving the VIP line of Warsaw airport and being assisted with his luggage by a driver of a black limousine in which Santos leaves the airport. The video was originally from the Sport.pl portal before being reposted by Gazeta.pl.

Jakub Kwiatkowski, spokesman for the country’s national soccer association, did not confirm Santos' arrival to The Associated Press, but he did say a news conference to introduce the new Poland coach will be held on Tuesday.

Portuguese media reports said Santos is in Warsaw in relation to that announcement.

Poland didn't extend the contract of former coach Czeslaw Michniewicz after it reached the knockout rounds at the 2022 World Cup in Qatar for the first time in 36 years. Michniewicz's contract ended Dec. 31.

Polish soccer association president Cezary Kulesza has said the new coach would be a foreigner with experience in running a national team.

Santos, 68, parted company after eight years as Portugal coach following a loss to Morocco in the World Cup quarterfinals. He left amid controversy after benching Cristiano Ronaldo in the knockout stage of the tournament.

Santos led Portugal to the 2016 European Championship — the country's first international trophy — and the inaugural Nations League title in 2019. He also coached Greece at Euro 2012 and the 2014 World Cup.